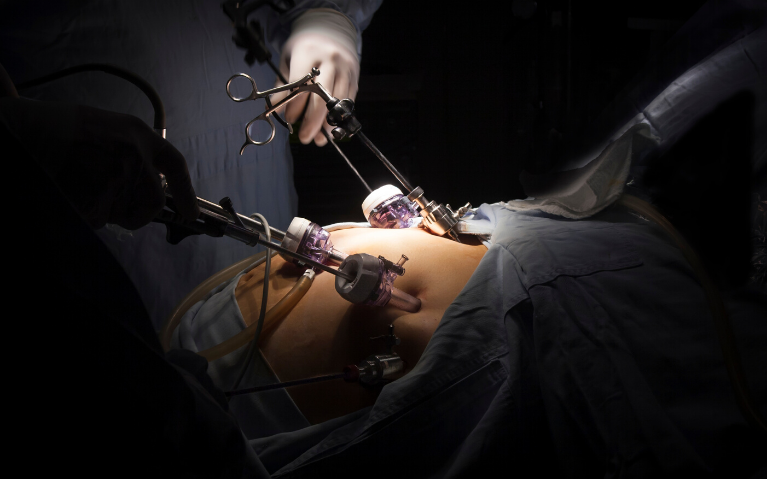 Today, Varanasi Hospital, the best hospital in Varanasi will highlight some of the laparoscopic surgery procedures available at our hospital. So, let’s take a quick look at them. 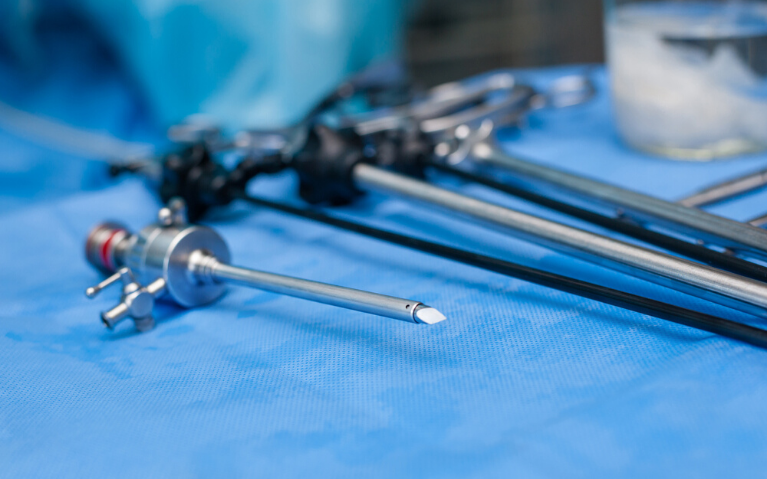 In a majority of cases, hernia requires surgical treatment. At Varanasi Hospital, we provide laparoscopic hernia repair surgery to all our patients. To prevent the recurrence of a hernia, we use surgical mesh to make usual stitches on the surgical area.

Rectal prolapse is a troublesome situation which requires immediate surgery. We offer laparoscopic rectopexy or rectal prolapse surgery in our hospital.

At Varanasi Hospital, we have a gynaecology department that treats ovarian cysts through laparoscopic ovarian cystectomy

Laparoscopic surgical treatment for appendicitis is available at Varanasi Hospital. In a laparoscopic appendectomy, we remove the inflamed appendix to avoid any situation of a ruptured appendix in the future.

Varanasi Hospital: The Top Hospital For Laparoscopic Surgery In Varanasi

Varanasi Hospital is a medical institution that believes in treating patients with affection and compassion. We always thrive to make ourselves better for the patients. In our hospital, we offer general or open and laparoscopic surgery. Our hospital is celebrated for its affordability and cashless hospitalization.
Laparoscopic surgeries have supplanted general surgeries in countless cases. It is no surprise as the former has numerous advantages over open surgery. A few merits of laparoscopic surgical approach are mentioned below: 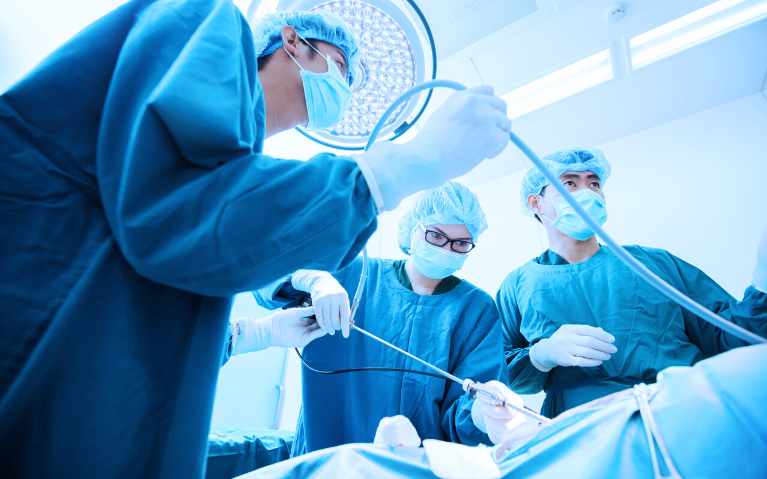 Since we are specialists in laparoscopic surgeries, here we would like to throw some light on the laparoscopic procedures available in our hospital. Varanasi Hospital offers the following laparoscopic treatment:

A hernia is never self-treated and during the initial stages, laparoscopic treatment becomes possible. In laparoscopic hernia surgery, a hernia is treated by making four incisions of smaller size through the abdomen and to prevent future recurrence of the hernia, the laparoscopic surgeons make stitches by using surgical mesh.

We offer laparoscopic surgical treatment for chronic pancreatitis (inflammation of the pancreas). We either remove the damaged part or the entire pancreas as per the patient’s medical requirement.

Laparoscopic cholecystectomy is available at Varanasi Hospital. In this surgical procedure, the gallbladder is removed to avoid the recurrence of gallstones.

In laparoscopic appendectomy, doctors remove the patient’s diseased appendix to circumvent the bursting of the appendix which is a fatal situation.

At Varanasi Hospital, laparoscopic hysterectomy is possible. Hysterectomy is the permanent removal of woman’s uterus due to medical reasons like uterine fibroids, endometrial cancer, uterine prolapse, adenomyosis, and other female reproductive conditions.

Why choose Varanasi Hospital? Well, because of the following reasons:

Book an online appointment for your laparoscopic surgery with us. 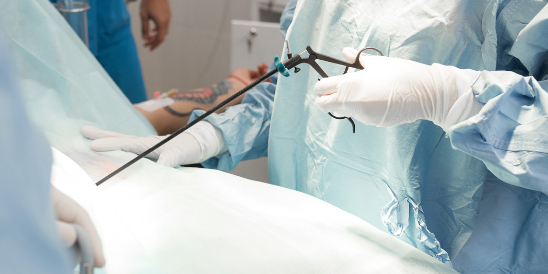 Varanasi Hospital aims to provide the best treatment for gallbladder stones in the northern India. Gallstones can be addressed in various ways. The most appropriate treatment is suggested to patients upon a series of tests carried out by our experienced team of doctors. Laparoscopic Gallbladder Stone Operation is recommended to treat gallstones for once and for all. Before listing out its benefits, lets know about gallstones, in brief.

Bile is a fluid, that is secreted by liver which helps in the digestion of fats. When bile juice does not empty completely, these solidifies to form stones, within the gallbladder are hence they are termed as called gallstones. There are 2 types of gallstones, as per their composition:

• Cholesterol Stones which are formed when there is too much cholesterol in the bile. They are yellow, green, brown or white in color. Most gallstones belong to this category.

• Pigment Stones which are formed when there is too much bilirubin in the bile. These are smaller and are usually dark brown in color. Pigment stones accounts for only around 15 % of the gallstones cases.

Apart form their composition, gallstones can also be classifieds on the basis the number it forms. Gallbladder stones can either form in solitary or can also develop in multiple numbers in the gallbladder. The amount of deposits hardened in the gallbladder determines the size of the stone. It can be either as small as a sand grain or as big as a hockey ball.

Gallstone can be treated either through open surgery or laparoscopic surgery. Patients tend to have many queries regarding the advanced gallstone surgery and generally get nervous seeing the modern medical equipment of laparoscopic gallstone operation, since most of the people are familiar with the traditional open surgeries itself. However, gallbladder stone removal through laparoscopic surgery is becoming the more favoured procedure.

Laparoscopic Cholecystectomy is another name for Laparoscopic Gallstone Operation. Three to four incisions are made and a camera is inserted via one of the incisions to perform the surgery, in this method. This operation procedure is preferred by Varanasi Hospital as it offers the following benefits to the patient.

• Best cosmetic results with minimum scars of operation.
• Much shorter stay at the hospital
• Lesser risks of pain and other surgical complications
• Quick recovery and return to work

Varanasi Hospital specializes in gallstone treatment for years and we recommend laparoscopic surgery for the best possible treatment. 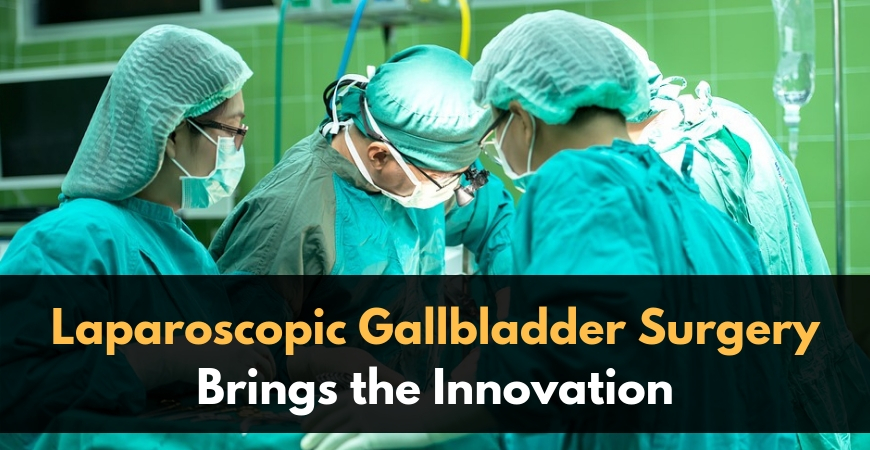 When it comes to gallbladder surgery, most of the people consider it to be an open surgery where the surgeon makes a big incision near the waist and executes the surgery. Then the next 20 to 30 days are spent on the hospital bed for recovery. However, there has been a breakthrough in the concerned matter in form of Laparoscopic gallbladder surgery.

Laparoscopic surgery is a modern-day medical solution that offers patients a lesser-invasive solution to surgery. Also known as keyhole surgery, the surgery consists of using minimally invasive tools that make a small hole in the concerned area. Through the small incision, the surgeon inserts a camera along with other medical tools for operation. The visuals from the camera are seen on the attached screen in the operation theatre, therefore, allowing the surgeon to get a clear insight of the area that is to be operated.

In the case of laparoscopic gallbladder surgery, the surgeon follows the same procedure and operates on the patient’ concerned area. The innovation comes with a series of benefits for patients.

Thus, we find that under Laparoscopic Gallbladder surgery there is innovation that not only helps surgeons to overcome the persisting problems in open surgery (such as poor visibility with the naked eye, etc.), but also helps patients to recover faster. Even developing cities in India, like Varanasi, Laparoscopic surgery is available. This means that quality healthcare is spreading across India and people from all caste, creed and gender can avail the same. Nonetheless, there are certain medical conditions where the surgeon might not support keyhole surgery and advice the patients to undergo open surgery. It is crucial to consider both the alternatives before finalizing the one to go with.

6 Things to Do After Getting a Gallbladder Removal Surgery

The human body has been designed perfectly, where every organ has its specific function. None can be compensated entirely by the others. The organs that are present in a pair have Bette shots, but the single ones face several medical issues upon malfunction. One of such issues arise after laparoscopic gallbladder surgery, in which the gallbladder is removed permanently.