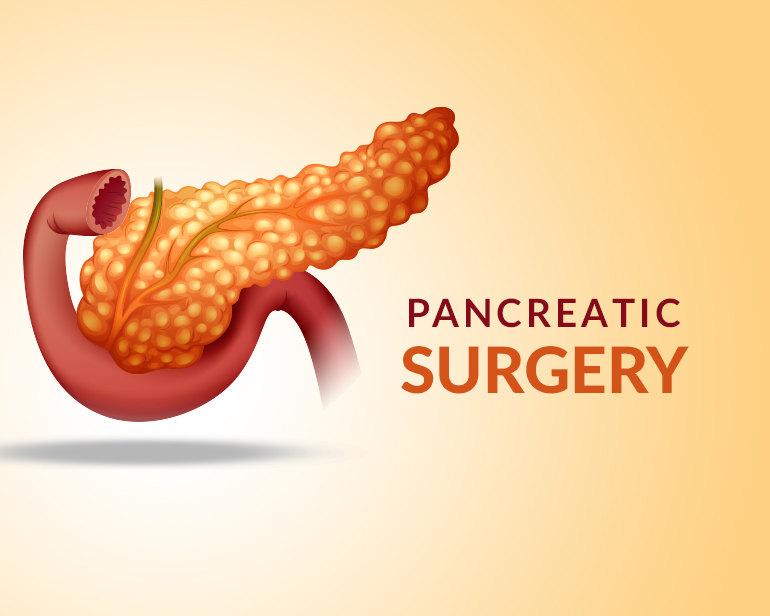 The pancreas is situated in the upper left side of the abdomen, behind the stomach. It is enclosed by liver, spleen and small intestine. It is a pear-shaped organ of about six to ten inches length and rests horizontally across the abdomen. It is spongy to touch.

Pancreas is a vital organ and it is the only gland in the body which performs both, the endocrine as well as exocrine functions.

As the endocrine gland, the pancreas has ‘islets of Langerhans’ which secretes hormones, directly into the bloodstream. These hormones play a crucial role to maintain the blood sugar profile in check.

The pancreas secretes enzymes, trypsin and chymotrypsin, into the pancreatic duct. Altogether, with enzymes from liver and gall bladder, it enables the body to digest carbohydrates, proteins and fats.

Operation for pancreas is done either for pancreatitis or to remove tumors. In case of acute pancreatitis, oral medication may be enough, but when it is chronic, surgery becomes inevitable. Similarly, pancreatic tumours may either be malignant or benign. Pancreas surgery mostly involves removing the damaged portion. It also aims to eliminate any future risks of the same, occasionally by removing the gallbladder.

We, at Varanasi Hospital, offer laparoscopic surgery for pancreas. It is more advantageous as compared to traditional one as it involves less risk. Also, the recovery period for the same is very minimal. With advanced technology and dedication of our panel of doctors, Varanasi Hospital remains the best healthcare provider in northern India.