Is laparoscopic surgery safe and beneficial? 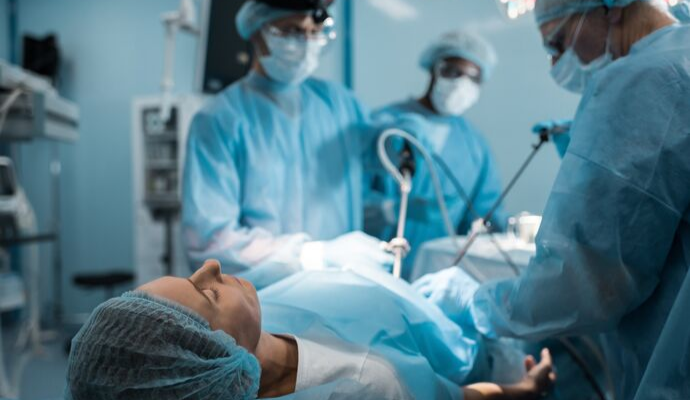 Whenever we hear the word “surgery”, we get frightened. Anyone would be, because who wants themselves to be cut open and have an everlasting ugly scar in their bodies. Thankfully, we have laparoscopic surgery as an alternative for traditional open surgery. But some people still wonder if it is a safe and beneficial option. So, today, we will explain the same in details.

In laparoscopic surgery or “keyhole surgery”, the laparoscopic surgeon make small incisions on a patient’s abdomen to insert an instrument called “laparoscopy” to diagnose and operate the damaged organ. The “laparoscope” is a tiny device with an attached camera and light at one end which send images of the patient’s abdomen to the high-quality video monitors placed inside the surgery room for the doctors to make them operate the patient with more accurate images.

It is called “minimally invasive surgery” because it only requires few cuts in the body unlike open surgeries, where the surgeon makes near about twelve-inch long incision for treating the same organ. Keyhole surgery is very convenient and safe as it causes less scars and very little blood loss as the cuts are very few and small. Even the risk of infections is low compared to open surgery. Hence, the patient recovers very quickly and has to stay only for a few days in the hospital. The scars heal quickly and the patient can return to his or her normal life hopefully in a matter of weeks.

During the surgery, the patient is kept under general anesthesia. The laparoscopic surgeon then fills the patient’s abdomen with carbon dioxide (CO2) gas to get more vivid images of the inside of the patient’s body and to create some working space for the procedure. Few incisions are made through which the doctor inserts the laparoscope and views the pictures on a computer screen and carries out the operation. After the surgery, the surgeon releases the carbon dioxide from the patient’s stomach and stitch the incisions and bandages them. It is normal for the patient to feel drowsy post-surgery, but it gets better in no time.

Some precautions are to be followed post-surgery to ensure much faster recovery. These include, avoid smoking, keeping the stitches covered from the sun, avoiding overexertion due to heavy lifting etc. Also the patients must eat plenty of healthy foods and fluids and take rest as much as possible. Following up with the doctor for further recovery is important too.

Thus, laparoscopic surgery is safer than outdated open surgeries as the former causes less pain and fewer scars and contains almost no risks. Keyhole-surgery is a cost-efficient option as well, as it requires shorter hospital stays and also promises fewer complications with a speedy recovery. Varanasi Hospital offers laparoscopic surgery for a wide range of illnesses.