A Brief Introduction Of Bile – Its Properties And Function

Home Health A Brief Introduction Of Bile – Its Properties And Function 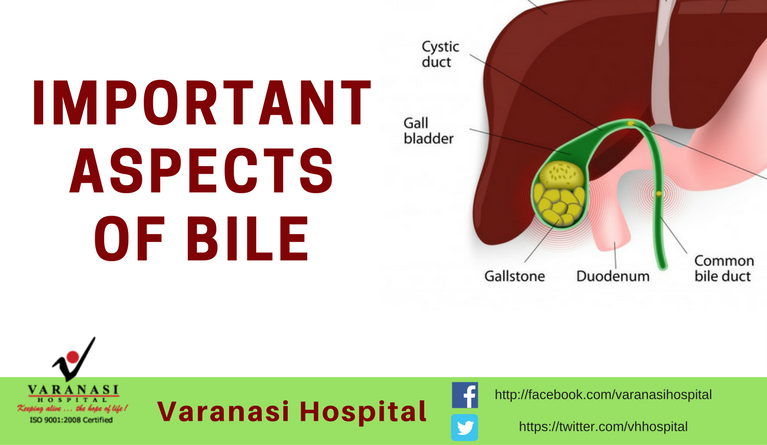 Bile is a fluid dark yellow to green in color, which is produced by the liver. From the liver, it moves down to the gallbladder and stays there until it is required by the body for the purpose of digestion. Under normal conditions, an adult human being releases approximately 400 to 800 ML of bile in a day. However, in event of a malfunctioned gallbladder, it might need a laparoscopic gallbladder surgery and onset a disturbance in the same.

Let’s understand some of the important aspects of bile.

The composition of bile
The bile comprises of about 97 percent water, with 0.7 percent bile salts, 0.51 percent fats, comprising of fatty acids, cholesterol etc. and 0.2 percent bilirubin.

The bile salts get produced and recycled continuously within the body. After being secreted to the duodenum, it moves to bind with the lipids and then merges to the blood after forming micelles. Through circulation, it reenters the liver and gets absorbed in the linings, from where it gets re-secreted during the next cycle.
By this process, about 90 percent is recycled and the rest 10 percent is produced by the liver as a compensation for the amount that cannot be recycled.

The production and storage of bile
As already mentioned, the bile is generated in the liver. The liver cells known as hepatocytes are the reducers of the same. After moving out it passes through the common bile duct connecting to other organs such as pancreas and gallbladder, and finally, after passing through the cystic duct, it settles in the gallbladder.

The gallbladder can only store as little as 50 to 60 ml at the most, however, can accommodate much more by simply concentrating it. This involves reabsorption of water, chlorine, sodium, and other similar electrolytes by the body.

The functions of bile

The bile juice performs 2 major functions
1. Emulsify the fat, breaking it down into smaller particles and facilitate its digestion in the gut.
2. Enable the body to remove the waste from the blood, mainly from the hemoglobin. It also removes excess cholesterol from the gallbladder and deposit in the intestinal area, from where it is removed out of the body.

Minor infections of liver and gallbladder can be fixed with medication without a significant change in the bile. However, if a laparoscopic gallbladder surgery becomes eminent, several steps are done to ensure the body keeps performing the crucial functions.